This project is a net-zero energy communal farming residence that offers a sustainable farming lifestyle within the city. Situated in Mandai, the residential farmers are involved in both urban farming and traditional land farming. It is also open to public visitors, who are welcome to help out with some farming, cook up a meal with the freshly farmed ingredients, and do their grocery shopping before heading home. Our approach was to integrate farming and living spaces based on required spatial conditions aiming to reduce overall energy consumption with key strategies.

This project was developed firstly with the knowledge for the type of programs and the types of integrated sustainable features that would complement them. We started off with our massing and zoning strategies after knowing the different area requirements for each function. In this stage, we prioritize capturing the wind by place the long side perpendicular to the primary wind flows and shielding from the East Sun with a terracing effect. Knowing this we chose to focus on 4 angles towards a carbon neutral design: Ventilation systems, water systems, shading and daylighting, and energy systems. 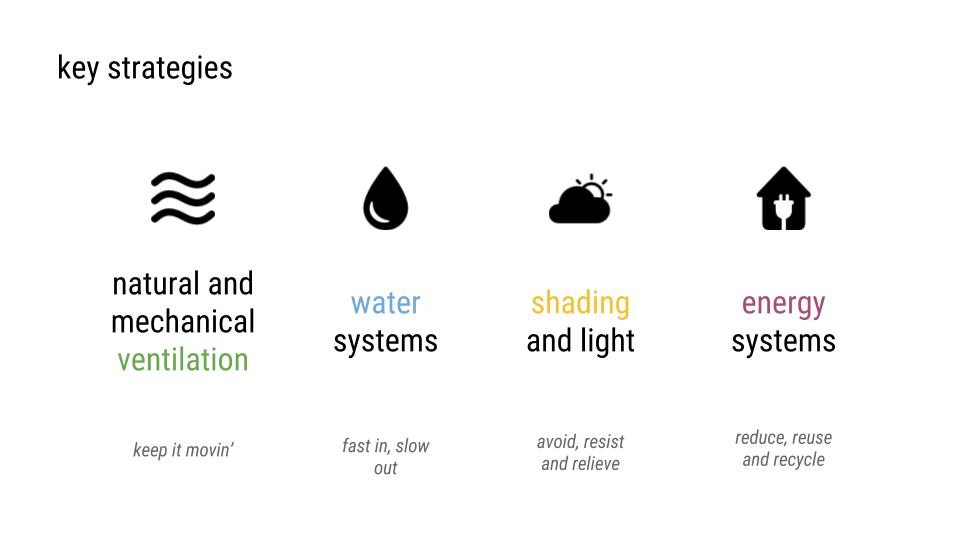 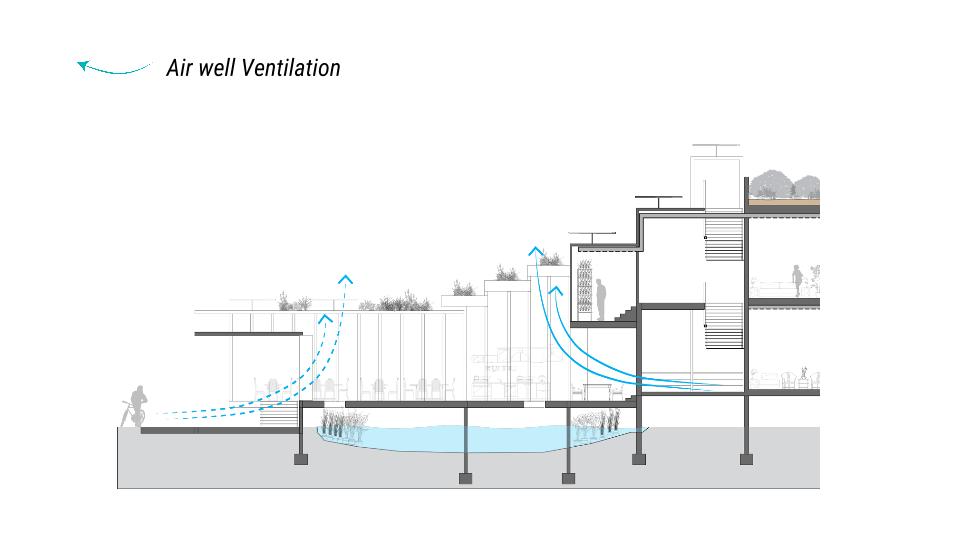 Due to our extensive farming program, we decided that water systems are to be maximised for non-potable usage, which are for irrigation and flushing. The placement of the storage tanks passively cools down the building as well; under the courtyard and above the residences. Below shows the stormwater management system.

Overall shading strategy for the communal farming adopted three principal :- avoid, resist & relieve. Avoid and resist being passive strategy to reduce heat gain to the building massing. Building mass is breakdown and stack with terrace form to reduce solar gain on adjacent building. The prominent facade that are then design with high performance building detailing to reduce solar gain to the interior of the building. Finally, active strategy is implemented to further relieve the heat. Plants are introduced on the surface to create evapo-transpiration effect that bring the heat away. 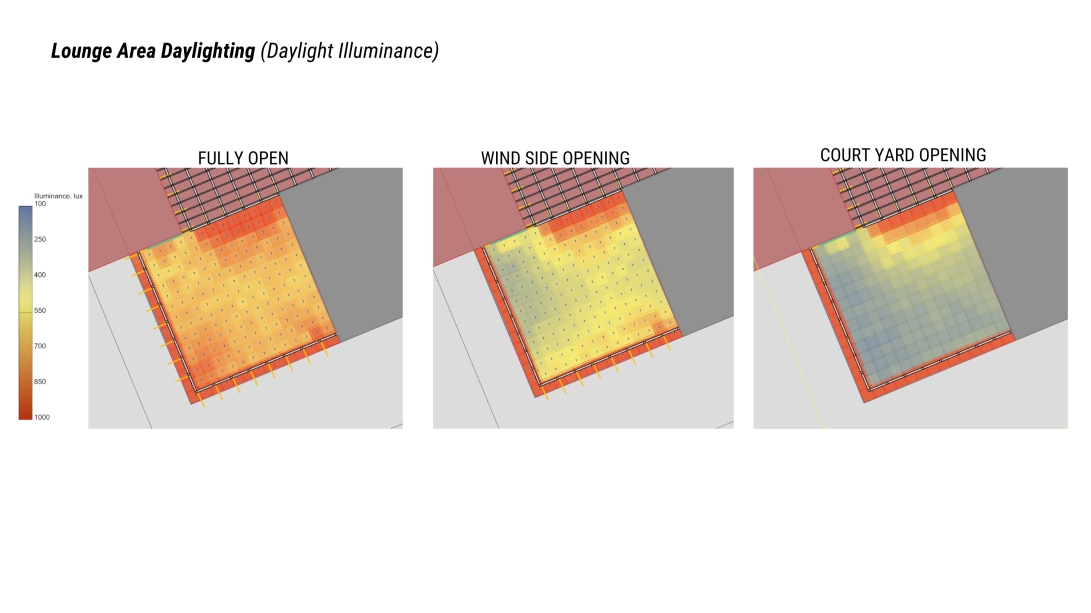 The roof is also integrated with the water collection system, which is eventually connected into the water storage tank underneath the courtyard. This is advantaged by the more porous roof material of thick soil and using plants that use less water such as CAM plants. We also have water catchments from the pavements and the roads nearby. This is so that we can reuse the water in water usage intensive farming activities both indoors and outdoors. Also on the roof are PV panels, which need to cover about 27% of the roof to be carbon neutral and with 50% we can be carbon negative by 1.5 tonnes. This works well with the CAM plants we have chosen for the roof which doesn’t require as much sunlight and for partially shading the glass greenhouse where the herbs require partial shading.

Living a simple life, the residences and managers of the Community Farm will live simply. The project is sustainable not only in electrical energy but also in lifestyle and food source. The project produces about 2.08 tonnes of carbon dioxide equivalent which is very close to the world’s target. With 25% roof coverage of solar panels, the electricity needed to power the project is offset. With an increase of 200%, 50% roof cover, the solar panels can provide for about 1.50 tonnes of carbon dioxide equivalent.